Books are not a non-packaging product, indeed? The Regulation is in contradiction with the 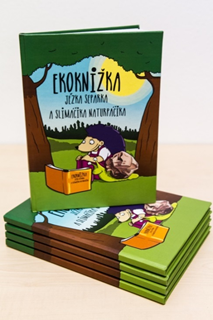 Amendment of the Regulation No. 373/2015 on Extended Producer Responsibility excluded since February 1, 2017, printed books and children illustrated books from the extended responsibility of non-packaging products manufacturers. Was such exclusion legal?

Prestigious lawyer company TaylorWessing e/n/w/c advocates s. r. o. published its opinion that such exclusion is not legally acceptable, and that it is in contradiction with the Constitution Law of the Slovak Republic.

„Waste Act No. 79/2015 Coll. directly defines printing products as non-packaging goods, thus, deletion of printed books and children illustrated books from the Annex of the Regulation No. 373/2015, a decree with lower legal force does not influence the definition in the Act itself; on the contrary, the Regulation came into conflict with the Act!“

„As the act precedes the regulation, the act has a legal preference when compared with the regulation wording, and as the books belong to the polygraphic products they can not be excluded from the obligation in the framework of the extended producer responsibility by erasing them from the regulation annex – their classification to the obligation is directly determined by the act in the definition of a non-packaging products.“

From the above explained reasons the companies manufacturing or importing books shall further keep records on books and report the amounts of books introduced to the SR market covering the whole first quarter of 2017 (i.e. amounts introduced to the market per January, February and March 2017), as the Waste Act is superior to the regulation, and exclusion of books from the regulation is invalid.

The above legal opinion was delivered to the Ministry of Environment with a request to repair the Regulation No. 373/2015 and to return it back to the status before February 1, 2017, removing by this repair the existing contradiction.

We will further inform you on the development of this issue.